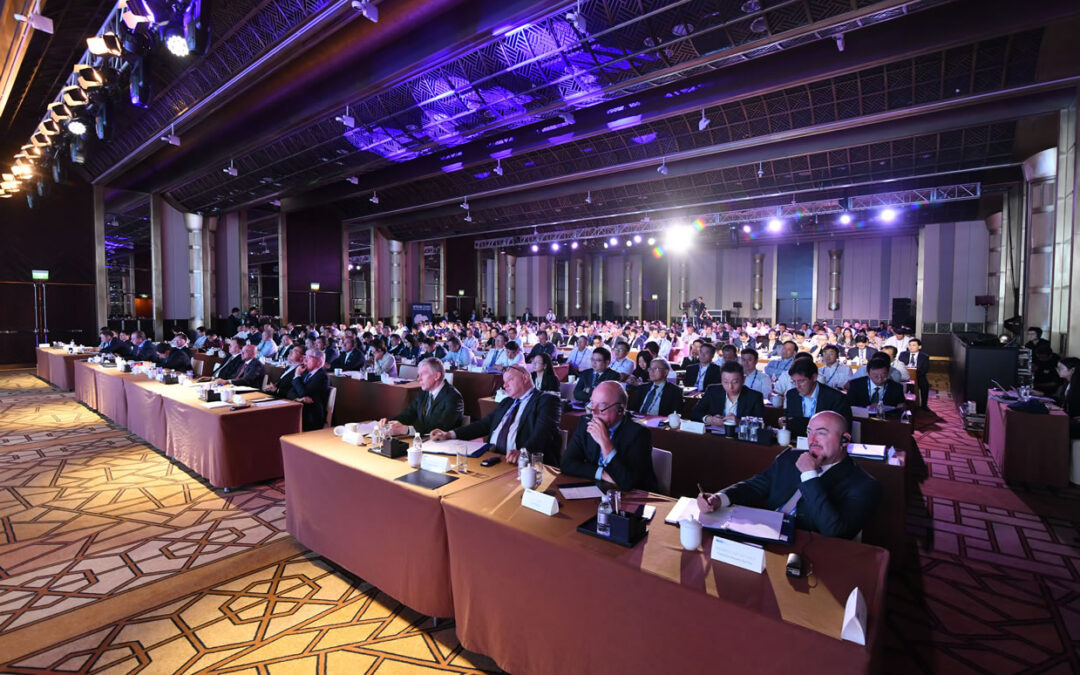 Although we often hear that the cement industry is a significant source of co2, it has also been one of the earliest hard to abate sectors to recognise the implications of climate change and the need to reduce the industry’s carbon footprint. As early as 1999, ten leading cement companies established the Cement Sustainability Initiative (CSI) as a voluntary, CEO-led global program under the umbrella of World Business Council for Sustainable Development (WBCSD). The ten founding companies were Cemex (Mexico), Cimpor (Portugal), HeidelbergCement (Germany), Holcim (Switzerland), Italcementi (Italy), Lafarge (France), RMC (United Kingdom), Siam Cement (Thailand), Taiheiyo (Japan) and Votorantim (Brazil). At that time, these companies produced about one third of global cement supply and operated in two thirds of the world’s cement markets.

So why does it appear to the outside world that cement is only just taking notice of co2 and other emissions? Part of the issue is that while successive generations of cement pyro-process technologies have substantially improved specific energy consumption, old technologies and plants remain in use – often due to the subsidies that different regions offer.

The ETS, ostensibly a tool for reducing greenhouse gas emissions cost-effectively, also has some unusual outcomes. Some industries, like cement, receive free allowances, an allotment of GHG emissions that incur no fees to the producer. There have been several studies which demonstrate that an over-allocation of emissions allowances (too many free allowances distributed), especially after the financial crisis of 2008, undermines the ETS’s ultimate effectiveness in reducing emissions. The perverse effect of the policy was to incentivise EU producers to keep all of their plants operating at least 51% capacity to maintain the free allowance rather than to close the least efficient lines. The European cement industry capacity is roughly 200% of demand, many inefficient kilns continue to operate, and the industry has reaped an estimated €3-5 billion by selling the unneeded free allowances.

Around the same time as the EU introduced the ETS, China’s NDRC introduced its “Save Energy and Reduce Emissions” policy for the cement industry. A key element of the policy was to encourage the replacement of backwards capacity by putting in place licensing restrictions, penalty electricity prices, compensation for closing plants, government procurement policies and tax penalties. The policy also included mandated plant modifications, most notably to require all lines to include waste heat power generation – a requirement that has reduced electricity demand from the grid by about 25-35kWh/t or the equivalent of 5 large coal fired power stations. The net outcome of this, and China’s supply side structural reform policies, is that as well as improving efficiency, companies are pushed to make production more environmentally friendly and embrace innovation. Emission standards for dust, NOx and SO2 have been tightened and enforcement strengthened. In China today, to obtain a license to build a new cement line, you must close and demolish at least 1.25x the capacity of the new line. New lines are still being installed and setting new benchmarks for energy efficiency.

It is clear that in a post-COVID world with higher debt levels due to the effects of the pandemic and with lower demand likely for the next few years, restructuring is urgent to maintain the health of the industry and to deal with overcapacity issues The need to decarbonise is also vital, and there are multiple levers currently available to cement producers to promote energy efficiency and reduce the inustry’s environmental footprint, such as;

The cement industry has been working to reduce CO2 emissions for more than 20 years. Indeed, members of CSI set self-imposed targets for improving specific CO2 emissions relative to 1990 benchmarks. In 2018 these targets were revised to a further 24% reduction by 2050.

The levers to do this outlined above been well understood for many years, however there remains a very large gap between actual performance and best practice. For example, the CSI’s database of their members shows an average of 74 kWh/t power consumption for clinker production, varying from 60kWh/t in India to 85kWh/t in the USA. This compares with less than 45 kwh/t best practice. It is the same story for thermal energy consumption where the database average is 3,512MJ/t versus best practice of about 2,750MJ/t.

In recent times, the industry has recognised the need to go further and has recognised that in a post-Paris Agreement world the industry must get as close to zero emissions as possible. However, as the Energy Transition Commission notes in its “Mission Possible: reaching zero carbon emissions from harder to abate sectors by mid-century” report: “Decarbonising the cement sector poses one of the most difficult challenges in the shift to a low-carbon economy due to process emissions, which are particularly difficult to avoid … Eliminating process emissions will require the use of carbon capture”.

To date, development of CCUS has not received the large-scale investment that will be required to generate rapid progress. While carbon capture is a proven technology, it is still expensive to use and unlikely to progress without regulatory incentives. In addition, carbon storage is both high cost and geographically limited while carbon usage technologies are at an early stage of development. Because of the potentially lower costs of usage vs storage and possibility of integration into existing supply chains, carbon usage in building materials is an attractive possibility.

There are a number of examples of technologies that use CO2 in building materials. WCA member Solidia has developed a low lime, low energy cement reduces both process and thermal CO2 emissions and which rapidly carbonates when exposed to CO2. Another WCA member, CarbonCure, has a technology to inject CO2 into the mixer to improve readymix concrete performance. California based Blue Planet has developed technology to take CO2 without the need for concentration and react with CaO to produce synthetic aggregates.

As more resources are focussed on the problem of climate change, we will continue to see new technologies developed and deployed. Given that the scale of cement and concrete usage is so much larger than any other materials, it is certainly possible that these materials could have an important role not just in reducing man-made emissions but also in reducing CO2 levels in the atmosphere.

We’re keen to hear from the cement sector, but also from others in the valule chain that work hand in hand with our members. For more information, have a look at our work here: https://www.worldcementassociation.org/

Participate in, and share the results of, the Decarb Connect Survey

So would you consider contributing to the first global benchmarks being built to explore how hard to abate sectors are planning, investing and deploying around their decarbonisation strategies?

This cross-sector review of activity seeks to highlight the progress, but also pain points, that are part of the status quo:

Industrials completing the survey will get access to the full report and can also attend the free online benchmarking roundtable in November.

For anyone else involved in industrial decarbonisation projects, fill in your part of the survey and you’ll be able to access the exec summary.

All attendees of the Decarb Connect Digital Festival will receive a full report into the metrics and takeaways that we will be writing with one of our sponsor partners.

Get in touch if you’d like to know more or if you’d be interested to co-sponsor the report and contribute to the analysis.

(complete the survey below, or open it in a new window here.) 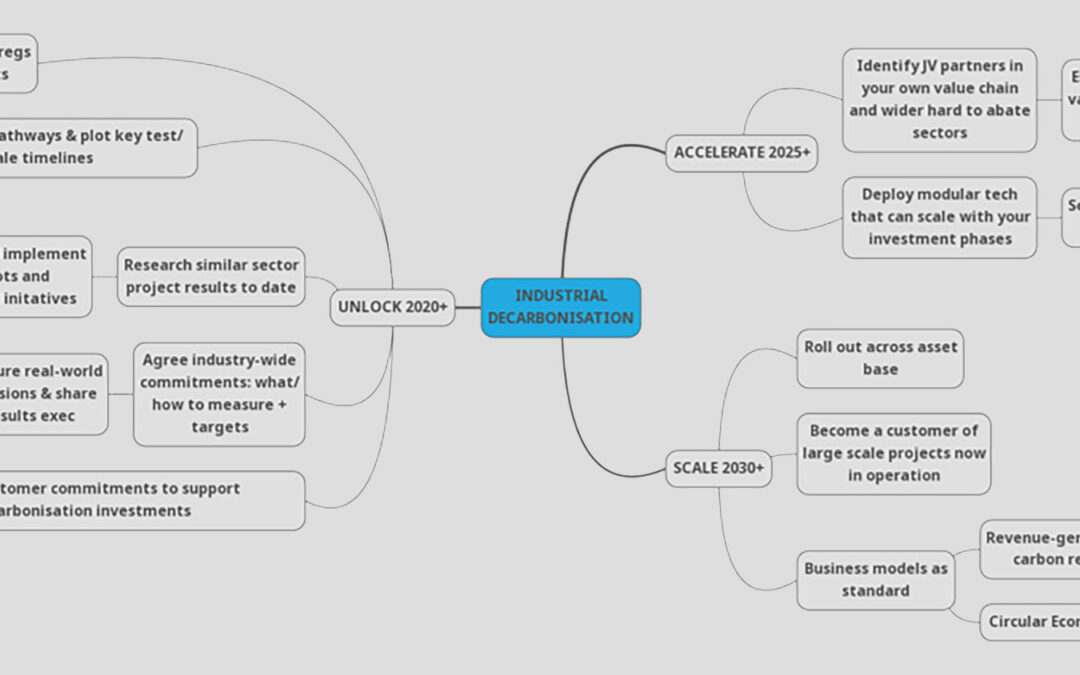 Are you an unlocker or an accelerator of decarbonisation?

Are you an unlocker or an accelerator of decarbonisation?

With so many competing priorities in hard to abate sectors, actionable clarity on how to achieve deep decarbonisation remains elusive for many companies.

Clearly, sectors are a very different stages: some are enacting zero carbon strategies with clear targets and pilots in progress; some are still working out how and what to measure and have only the top line emissions-reduction targets in place; some companies are only just starting to establish how they can lower carbon emissions (let alone decarbonise entirely).

Over the next couple of blog posts I’m looking at both tech and organisational approaches that could help those hard to abate companies just starting to seek out options for lowering or eliminating co2 emissions.

No one doubts it is a tough environment to do this in, but waiting for perfect/one-size-fits-all solutions is going to lead to problems with legislative (and public/consumer response) problems. So action, in the form of alignment across the key functions and in selecting the right technologies for specific aspects of your business, is essential.

Shells focus was on how shipping and ports infrastructure could effective chart a path to net zero. (A great report, by the way, and if you work with the shipping industry – do read it).

Decarb Connect’s clients are in the hard to abate process industries, so I’ve taken the headings from that report and have tailored them a little:

Here’s my question: Are you an “Unlocker” or an “Accelerator” at this point?

Get in touch to tell me what information, insights or partnerships would help you most as you push forward this year. Moving into accelerator-mode isn’t easy – what is it that you need to deliver progress?

In the next post we’ll explore which technologies can get you to net zero, and how to tailor plans and investments around the right technology mix. This may include: ccus, h2, energy, efficiency, electrification, renewables for industrial heat, circular economy and more.

So… Are you an Unlocker or an Accelerator?

Looking forward to hearing your thoughts and comments – 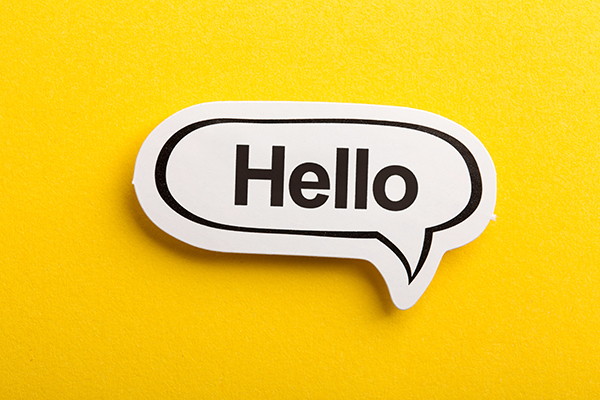 Hello and Welcome to Decarb Connect

At Decarb Connect our Mission is to support those driving decarbonisation in the most energy-intensive sectors – those with complex challenges to solve. We broker access to hard-to-reach information and facilitate network relationships – all with the goal of accelerating decarbonisation. Working closely across industry, we find out what is most needed in terms of introductions, information and solutions, then we provide access to content, stories and voices not generally ‘on the circuit’.

We will be bring you regular insight, articles, interviews and podcasts from those who share our vision.

Our first milestone is the Decarb Connect Digital Festival 3 – 5 November where we will be connecting senior executives from hard-to-abate industries to intelligence, innovations, and cross-industry partners they need to accelerate industrial decarbonisation.

The agenda has been built to support heads of strategy, technology, innovation, energy management and corporate venture from across energy-intensive industrials. Speakers represent cement, steel, glass, O&G, mining, power, utilities, ceramics and chemicals who will be sharing intel and innovations to the attendees. Throughout the event week participants will be able to make valuable connections and gather intel from peers in other sectors, so they can confidently speed up business plans, decisions, and avoid costly mistakes – and ensure they can make NetZero 2050 a reality.

Next month we will be officially launching the Decarb Connect Community, specifically for hard-to-abate sectors, it is for those tasked with decarbonisation strategy and deployment to find out how others are tackling emissions in operations and value chains. Collaboration is key, sharing challenges and experiences to drive decarbonisation. If you are interested in becoming a member you can find out more here.

We hope you will enjoy what we have to offer, and encourage you to be interactive, reach out and engage with us on our mission.

Please complete the form below and we will keep you updated as the event progresses.

Send Me The Agenda

Please complete the form below and we will send you a copy of the agenda as soon as it is ready.

Complete the short form below and we will keep you informed regarding our Insights series of podcasts.